Posted on August 8, 2021 by Abaeme Maureen's blog Leave a comment 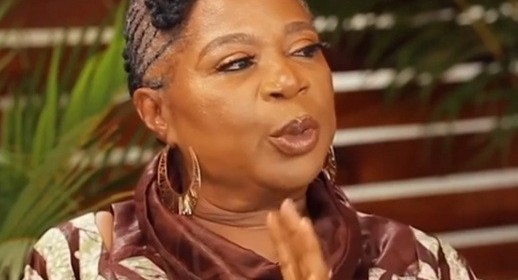 “Fela knew I’d say no” Onyeka Onwenu addresses getting a marriage proposal from Fela Kuti and all the powerful men she’s been rumoured to have slept with.

Onyeka Onwenu, an award-winning singer, actress and author, granted an interview where she opened up about her life, marriage, children, and suffering depression.

During the interview with Chude Jidonwo, Onyeka Onwenu spoke about her marriage to her ex-husband that produced two sons.

She also spoke about suffering abuse and getting out of the abusive situation.

She went on to address the rumours of all the powerful men she was alleged to have slept with, including the allegation that former Nigerian President, Olusegun Obasanjo got married to her secretly.

END_OF_DOCUMENT_TOKEN_TO_BE_REPLACED

EFCC interrogation: I have nothing to hide says Bukolo Saraki.

Posted on August 1, 2021 by Abaeme Maureen's blog Leave a comment

EFCC interrogation: I have nothing to hide Bukola Saraki.

The former lawmaker was however neither arrested nor detained.

END_OF_DOCUMENT_TOKEN_TO_BE_REPLACED

Nollywood actress, Funke Akindele has reacted to the death of Actress Rachael Oniga

Popular Nollywood actress, Funke Akindele took to her Instagram page to react over the death of her colleague Actress Rachael Oniga.

AMB recall that the Veteran Actress died on Friday, 30, 2021, from alleged COVID-19 complications.

The 64-year-old actress made her Nollywood debut in the 1996 hit movie Onome’ and went on to star in several big productions including ‘Sango’, Wale Adenuga’s TV series and many more. Oniga was one of the most popular and influential actors in Nollywood.

END_OF_DOCUMENT_TOKEN_TO_BE_REPLACED

Police in Imo state Intercepted a convoy of bandits moving towards Njaba Town, to launch an attack

Micheal Abattam the Command’s Public relations officer, said the operatives of “Operation Restore Peace” on sighting the bandits engaged them on gun duel. In the process one of their operational vehicle’s was demobilised and killed two of them while the remaining ones scampered into the bush.

The Security operatives while searching the vehicle, recovered one Ak 47 rifle, ten rounds of live Ammunition, a locally made double barrel pistol and two expended cartridges. The team also detonated an Improvised Explosive Devices into the parking lots of a nearby Njaba Police Station causing minimal damage.

Veteran Nollwood actress, Rachael Oniga, is dead. She died at the age of 64, a member of the Actors Guild of Nigeria confirmed her death.

Originally from Eku in Delta state, She was born on 23 May 1957 in Ebute Metta, Lagos

Over the years, she has featured in over a hundred movies.

Among her popular works are Out of Bounds, Owo Blow, The Wedding Party, 30 Days in Atlanta and Power of Sin.

END_OF_DOCUMENT_TOKEN_TO_BE_REPLACED

“Finding out of your demise was the worst news imaginable”- Wife of Super TV boss, Usifo Ataga says at his burial service

The remains of the murdered CEO of Super TV, Usifo Ataga, was laid to rest on Saturday, July 30, 2021.

The burial service was held at Ikoyi, Lagos after a funeral service at Our Lady of Perpetual Help Catholic Church, Victoria Island, Lagos.

Speaking at the burial service, his mother, Sylvia Ataga, said her beloved son who was generous to a fault, died an undeserved death. She said her son was denied the joy of seeing a project he had spent over seven years working on.

Read what his mum said below…

END_OF_DOCUMENT_TOKEN_TO_BE_REPLACED

We’ve been contacted by Federal Bureau of Investigation (FBI) to arrest Kyari over his connection with internet fraudster Hushpuppi says Economic and Financial Crimes Commission (EFCC).

A top source in the EFCC who spoke to the reporters however said no arrest can be made by the agency since Kyari is a police officer and that the case was not within the capacity of the EFCC but for the police to handle.

According to the source, “FBI has contacted EFCC, asking that we arrest Abba Kyari but we told them that it is a police matter.

The suspected internet fraudster who was arrested in Dubai in June 2020 allegedly told the FBI that he gave a bribe to Abba Kyari to facilitate the arrest and imprisonment of a member of his online fraud gang identified as Chibuzo Vincent. Kyari has however denied this allegation.

Meanwhile, the Inspector General of Police has ordered an internal review of all the allegations levelled against Kyari by Hushpuppi.